From February 1995 Tony was entrusted with the affairs of the International Certificate Conference (ICC – The International Language Association) as Secretary General, responsible for co-ordination of the work of the organisation (comprising some 15 organisations of adult and continuing education in twelve European countries, many of them members of EAEA). The chief objective of the organisation is to provide services for adult education providers in the area of foreign language teaching and learning, including teacher training, materials development and a suite of examinations in foreign languages for adults. 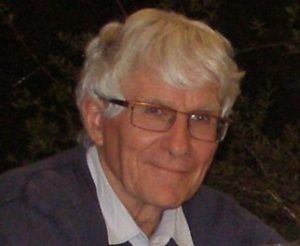 Jean-Claude Lasnier, former Head of the French Chamber of Commerce & Industry Language training centres network, Council of Europe. Expert in the fields of languages and quality assurance in education, chairman of the Jury. He was involved in writing for the Council of Europe the CEFR-QualiMatrix: A quality assurance matrix for CEFR use.  https://www.ecml.at/ECML-Programme/Programme2016-2019/QualityassuranceandimplementationoftheCEFR/tabid/1870/language/en-GB/Default.aspx

Josef Huber worked in the Education Department, Directorate of Democratic Participation of the Council of Europe, where he was responsible for the development of online learning resources until March 2019. Up to 2017 he was responsible for activities in the field of intercultural education and for the Pestalozzi Programme, the Council of Europe programme for the training of education professionals.

Up until July 2006 he was involved in the Council’s Higher Education and Research Division and was responsible for the organisation of two Higher Education for a on higher education governance (2005) and on the responsibility of higher education for a democratic culture (2006) and co-editor of the ensuing publications. From 1998 to 2004, as Head of Programmes and Deputy Executive Director of the European Centre for Modern Languages he was responsible for the Centre’s programme of activities and research and development projects and its publications series on language learning and teaching, intercultural communication and language education policy. He was involved in language education policy development by the Austrian Ministry of Education between 1992 and 1998 and a language teacher in schools and at universities in Austria and abroad before that.

An international expert in intercultural issues in language education, Michael Byram is Professor Emeritus at Durham University (UK) and Research Professor at Sofia University, Bulgaria. His work in the School comprised initial teacher education and being Director of Research Degrees with supervision of research students. He began his career teaching French and German at secondary school level and in adult education in an English comprehensive community school. After being appointed to a post in teacher education at the University of Durham in 1980, he carried out research into the education of linguistic minorities, foreign language education and student residence abroad, and supervised doctoral students in intercultural studies, language teaching and comparative education. He has published many books and articles including, Teaching and Assessing Intercultural Communicative Competence; From Foreign Language education to Education for Intercultural Citizenship, The Common European Framework of Reference, the globalisation of language education policy (edited with Lynne Parmenter).. The globalisation of language education policy (edited with Lynne Parmenter). He is the editor with Adelheid HU of the Routledge Encyclopedia of Language Teaching and Learning, which has been translated into Chinese and Arabic. 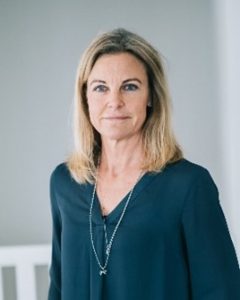 She wrote with Tony Fitzpatrick and other experts about “how you can learn languages” http://wzar.unizar.es/acad/ingles/tips.pdf

Head of Resource Centre for Foreign Languages, Catalunya, Spain, from 1972 to 1986, in Escola Oficial d’Idiomes Barcelona-Drassanes. Author of the following books: Improving Support for Language Learning through Language Resource Centres, CLIL practice: perspectives from the Field, The main pedagogical principles underlying the teaching of languages to very young learners and other.