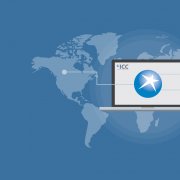 Our current course, “An Introduction to Teaching Languages Online”, will now be called “Methodology and best practice for teaching languages online”.

To register, please go to: https://icc-languages.eu/teacher-training/#registration-tlo

END_OF_DOCUMENT_TOKEN_TO_BE_REPLACED 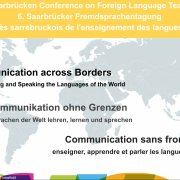 Communication today may be more borderless than in any other era of human history. Whether via apps such as Skype, WhatsApp, WeChat or LINE, whether via blogs and Instagram – the connections between people on a linguistic level are more diverse today than ever before, and this development has sped up since the pandemic started in 2020. On the one hand, this development has favoured a tendency towards English – not only as a worldwide lingua franca, but oftentimes as the only language in which people of different mother tongues communicate with each other. This development may be due to linguistic economy, which should not be underestimated and which is perfectly understandable. This development, however, is presently opposed by another tendency which consists in supporting and promoting languages other than English that are perceived as important – not instead of English, but rather in addition to it.

More infos on the 6. Saarbrücken Conference on Foreign Language Teaching can be found here.

The ICC Board is pleased to announce a 30-hour online course which is “Methodology and best practice for teaching languages online”. The programme is spread over four weeks:

The transition from face-to-face to online teaching and learning has brought many issues and questions to many educators all around the world. For that reason, becoming digitally aware is a must!

Teachers with a qualification in Online Teaching will be in demand!

END_OF_DOCUMENT_TOKEN_TO_BE_REPLACED

If so, this new open-access resource website, developed in English and in French through expert cooperation in the field of language education across geographic Europe and beyond, is definitely for you:

“ Inspiring language learning and teaching in the early years – Why it matters and what it looks like for children age 3-12 ”
www.ecml.at/inspiringearlylearning

Click on the links below to go directly to the different resources:

Newsletter of the European Centre for Modern Languages of the Council of Europe
Nr. 51 – June-August 2020